“I also concur that exposing kids to a little danger can be beneficial to their development. Exposure to what are for them risky experiences can build confidence, resilience, competence, respect, and responsibility, as well as develop cognitive, emotional, and motor skills that will help children as they transition into adulthood.” - Jim Taylor, Ph.D.

“Paradoxically, in parents’ well-intentioned attempts at protecting their children from harm, they actually leave them less prepared for the real dangers kids will face later in life.” - Jim Taylor, Ph.D 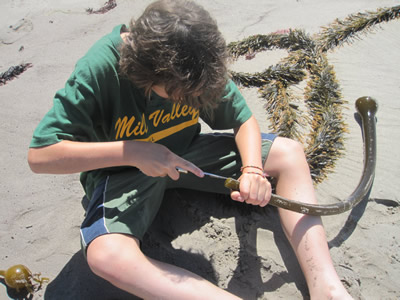 My 2 Cents About Children and Knives

When I go under the knife I would hope that my surgeon got his first knife when he was 7, I would hope he had learned to whittle with his grandfather, hunt and dress deer with his dad, made salad with his mother, learned to use it for his avocation and his vocation, learn to be disciplined with his knife, learned to respect if not fear it, and learned to keep it sharp, and sheathed when not at task. A knife is universal to trades, arts, and professions. I would hope that my surgeon had the dexterity of 12,000 hours of experience developed through use as a preteen not fumbling as a beginner in medical school. The majority of administrators in the standard model school will argue that students would not be allowed to carry a weapon as benign as a fingernail clipper. When the greatest generation were kids many classrooms didn’t have pencil sharpeners and the kids sharpen their pencils with what was called a penknife. I argue it is not the tool that makes it a weapon but the lack of respect of others boundaries, the lack of respect to others, a lack of empathy for those they hurt. I believe that the use and respect of this most basic and universal of tools should be taught to all at the youngest of age. Keeping kids and knives separated does not teach them respect, skills, or discipline, it only slows maturity. If we don’t expect our youth to be ethical they most certainly will meet our low expectations as adults. Yes, they will cut themselves from time to time, failure is necessary growth.

In this age where the mayor of London seeks to make the chef’s knife illegal and school districts have mandatory expulsion policies for students the most benign of knives we not only allow the students and staff to carry knives require all our students to carry a knife to our school and in our camps.

That being said we must teach them the right way to use a knife, how to keep it sharp, to respect it, and learn on a knife that is safe. 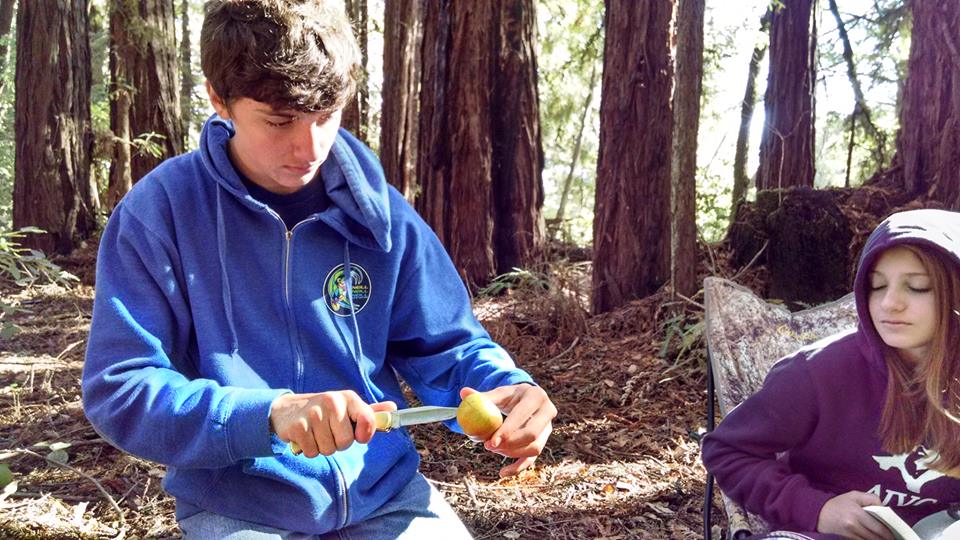 FAQ: 1) At What Age Should I Start to Let My Kid Use a Knife?

I contend that as soon as a child can learn to use a spoon and fork a dull knife can be introduced. As soon as they can stand at the kitchen counter and help chore of dishes, they can start helping with preparing food with a dullish knife such as buttering bread and slicing bananas. In a short time they will develop the skills and dexterity to progress to sharpen knives cutting now celery and on to carving soap and moving on to carving wood. Sitting on a bench whittling and sharing stories with dad or grandpa not only teaches knife skills but also connects them with their folks.

FAQ: 2) At What Age Should I Buy My Child a Knife?

I believe that kids learn responsibility by having responsibility. We give our students a knife safety test and a knife safety contract and when they can pass it and a skills test and they can demonstrate responsibility under supervision. We then move them to the next level of being required to have a knife in their possession at all times; yes they are required to have a knife in their possession at all times. It has little to do with age and much more to do with maturity, we have 7-year-olds that showed the responsibility to carry a pocket knife and have had 15-year-olds that did not have maturity but took weeks to get to the point they earned the right to carry. If a student demonstrates unethical behavior or is a threat to others with words or fists we will know it before the child ever gets to the point of earning the right to use a knife and losses the privilege to be a part of the school or camp. 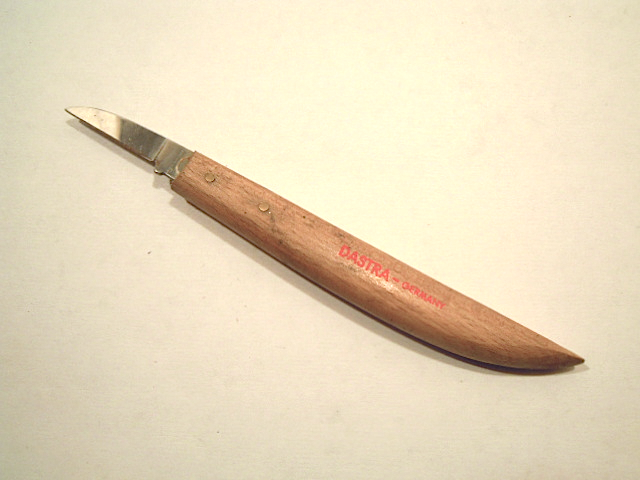 FAQ: 3) What Knife Should I First Get My Child?

My first knife as a child was a small fixed blade whittling knife of very good carbon steel, the same knife that my wood carving mentors had used every day, I saved for it but before I bought it, it came to me as stocking stuffer, I don’t remember anything else I got that year but the knife. The handle filled my hand and I still use it 50 years later. It is important that for novice users of any age to have a large handle and a small blade. This combination will give the student great control of the blade as they are developing both their skills and muscles. It is important that the knife blade is of good quality because it needs to hold a sharp edge. A dull knife requires so much force to cut that it is easy to lose control and the student gets cut

A good and very inexpensive knife is the Swedish made Morakniv Companion Fixed Blade Outdoor Knife with Carbon Steel Blade, I have had one as a backup in my pack for about 10 year. If need not loan a knife this is the one I had to someone, if we both forget about it they are less than $20 and for many, it is the only knife they use.

My next knife, also a gift, was a Buck 105 fixed blade with a leather sheath. This is a classic solid knife of good quality that a teen should be proud to have. 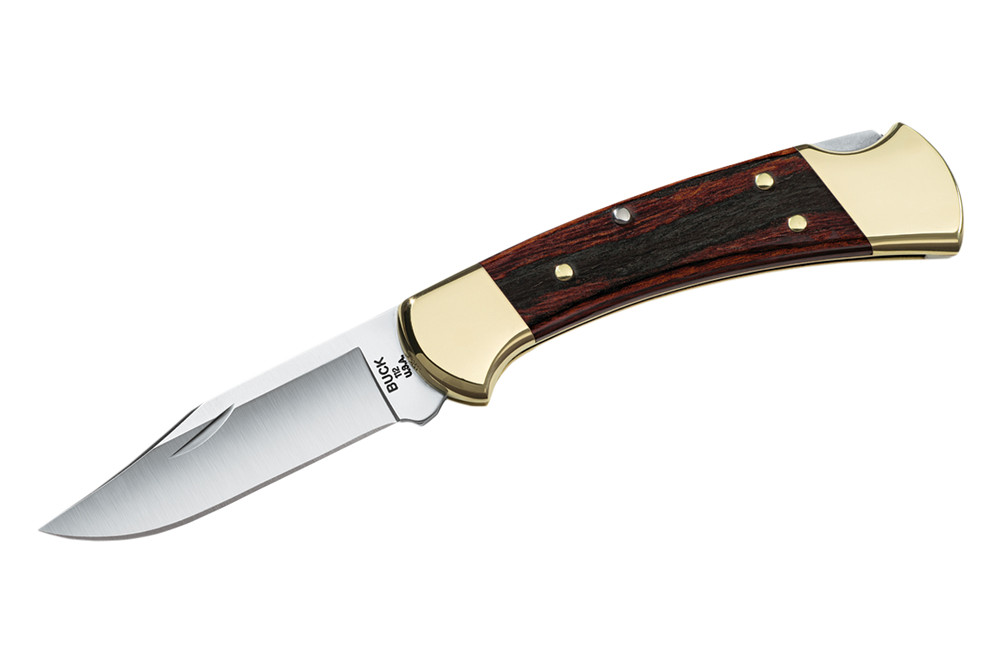 Locking blade folding knives like the buck 112, and the venerable 110 are great choices as an all-around folding knife. The 112 is a smaller version of the Buck 110 that I have carried in my pocket as my primary knife for 40 years. The knife I now carry in my pocket daily is the Buck 112, it is always there. The 110 now rides on my belt, is only on me when working in the field. If you were buying a knife for an adult or teen those three knives would make a good choice for an everyday carry. I have had many knifes some much more expensive and some less expensive. I have knives that fill very specific needs. You can’t beat a custom handmade knife made for a single task, that is why I have many knives. 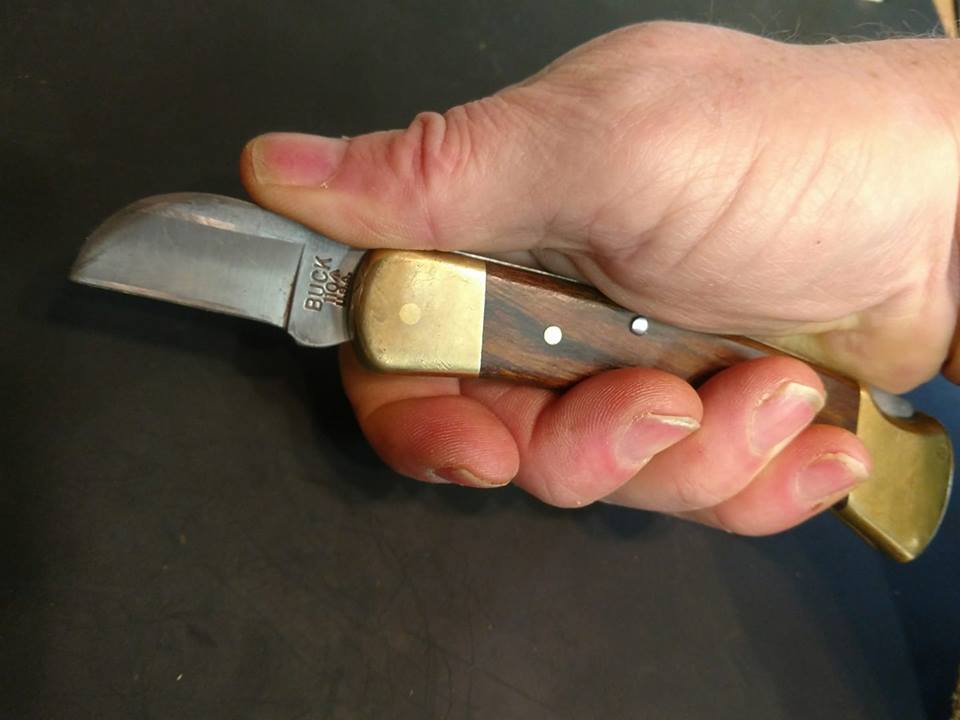 The Properties a Knife Should Possess

There is no one perfect knife for all tasks but the first knife should either be for whittling or a general function knife that will fill most everyday tasks and the students will need to learn to not go outside of its limitations.

Is it the correct tool for the job.

Going outside of the knives designed uses may be unsafe to the user and the knife. If it is going to be primarily used for meat cutting it needs to keep an extremely sharp edge which will make it too brittle for woodcarving. A quality woodcarving knife will hold a keen edge and be tough enough to stand up to forces of woodcarving but still snap if used as a lever. To make a point, if I am dressed I have a Buck 110 in my pocket 90% of the time, if I am going down the trail I will have a Leatherman Surge multi-tool on my belt which has a very tough blade that tends to be abused, a smaller sharp blade, and serrated blade that makes quick work at notching wood but makes a rather rough cut, and a robust carbon fixed bladed sheathed knife in my pack that I can strike with a stick to split wood for kindling or make tools, as well as a scalpel and another backup knife in my little survival kit. I will typically also have a couple of woodcarving knives to kill the time. If I am going hunting I bring a skinning knife and a boning knife that are kept extremely sharp.

To be a useful and safe knife and one that will teach pride it must have the following attributes:

1 It needs to not fold on fingers; a fixed blade sheathed knife or a quality locking folding knife both fill the need 2 It needs to keep an edge, a sharp knife is a safe knife if dull so much force will be needed this knife will not be controllable 3 It needs to be tough enough to not break when doing the job it is intended for 4 Is it comfortable and the right fit 5 Is it aesthetically pleasing, is it a knife that the owner will be proud of 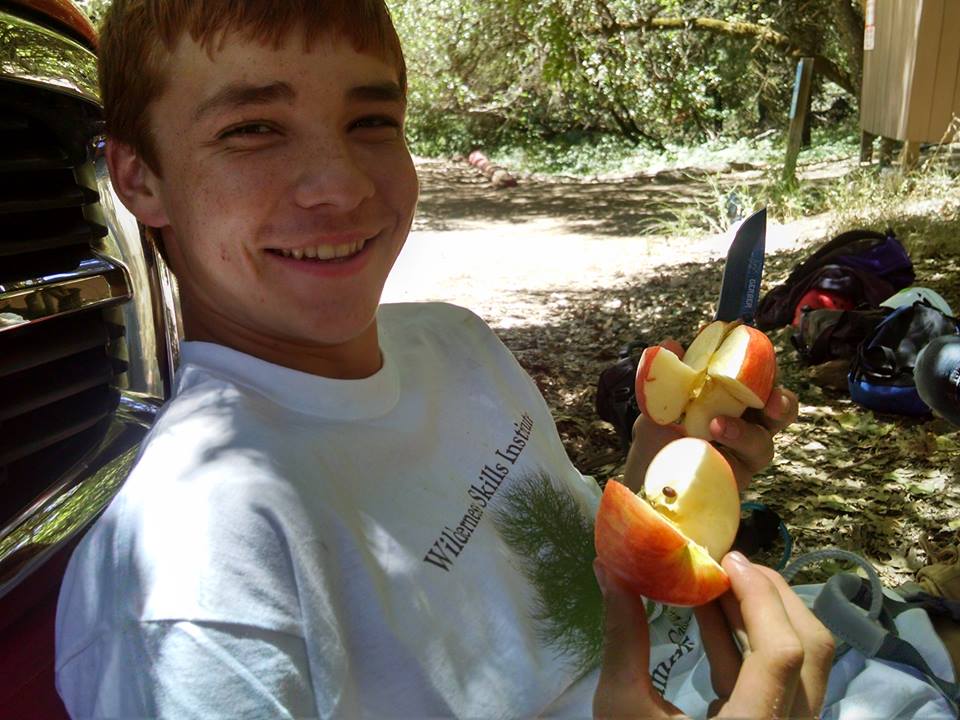 They are allowed to bring a knife as long as they are signed off in writing by you that they have sharpened 10 pencils and you are comfortable with them using knives. All knives MUST have a locking blade or sheathed fixed blade. They will also have to pass our knife safety test before being allowed to use knives at camp.