“Hey Wog, Tell us your story about the talking dog?” – Ricky in a teen camp 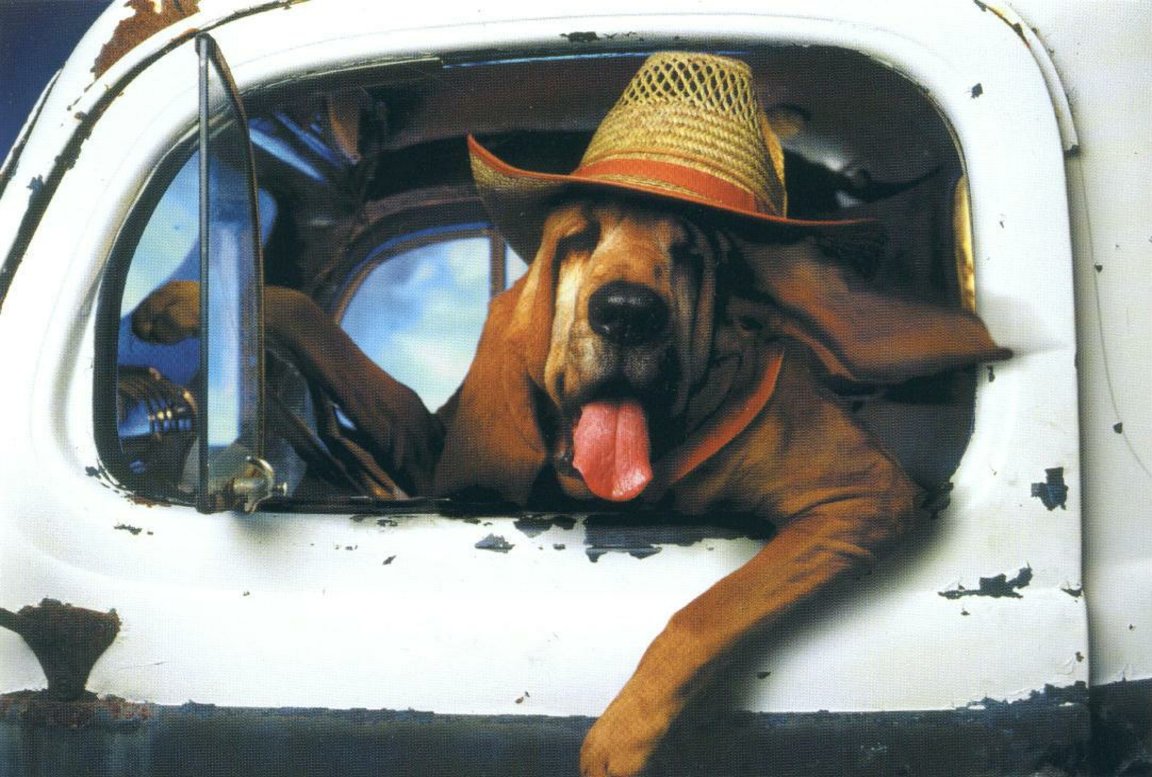 Well Ricky I was told this story from an old infantry soldier so it must be true.

I will try to tell you the story as best as I can remember him telling it. You see he had done his tour of duty and he just traveling around the US to clear his head and one day driving in the backwoods of Tennessee he was feeling mighty alone and he sees a sign in front of a broken down shanty.

Well he parks his pickup and picks his way through rusty junk that separated him from the shack.

He hears, “You want something soldier?”

Looking out the cab of a beat to hell old flatbed is an equally old hound dog.

“Well now, Who do you think said it? It’s just you and me here.”

I looked about and he was right, just him and me.

“I have seen a lot but never a talking dog.”

“Well now, you should know I can shoot and I can drive too, though I have slowed down some.”

After the guy recovers from the shock of hearing a dog talk, he says “So, what’s your story?”

Never taking his paw from the wheel he looks down at the returning soldier and says, “Well… I can see you were in the infantry, I’m a vet too.”

“When I was a young pup my owner discovered I could talk and sold me to the CIA and soon they had me trained as a Ranger.”

“In no time at all they had me infiltrating high level meetings of friend and foe, sitting in rooms with spies and world leaders; because no one figured a hound would be a top level spy.”

“For eight years, I tell you, eight years, I was one of their most valuable counter intelligence warrant officers they had, but the stress was starting to get to me and I knew I wasn’t getting any younger.”

So, I decided to settle down. I retired and signed up for a job at the airport to do some undercover security, wandering near suspicious characters and listening in.”

“I uncovered some major dealings, met a cute young thing, got married, had a mess of pups, and now I just sit on that porch or drive around in this old truck.” He coughs and gets silent.

The young man realized an old moonshiner is standing behind him.

“Meaning no disrespect Sir but this dog is amazing! Why are you selling him so cheap?”

“Well… I got to tell you that old hound’s a liar! He can’t drive; lost his license after the third DUI, and he never did any of that crap; he was in the Coast Guard!”

"Tell me the facts and I’ll learn. Tell me the truth and I’ll believe. But tell me a story and it will live in our heart forever."
—Native American Proverb

"If history were taught in the form of stories, it would never be forgotten."
—Rudyard Kipling