“If you are going into the woods – don’t leave your axe at home.” 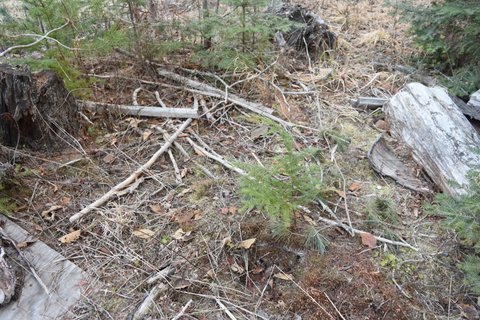 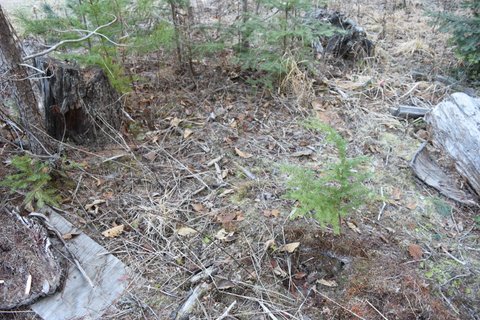 Over the years I have written many articles on the value of the evening fire with triggering the production of melatonin, its historic use of not only heating the home, providing light, bringing the family together both in front of the fire and the chore of cutting, splitting, and stacking cord wood.

It is also good stewardship of the land. There is also the reduction of fuel load in the forest reducing the chance of fire climbing into the crown of the trees. Cord wood chores was traditionally was an ongoing summer and fall project that many family members were involved. As long as it wasn’t raining Kindling was something that happened every day we heated our home with fire, only took a few minutes to do, and was done before breakfast. It not only provided fire starter for the stove but reduced the fuel and fire hazard around the property reducing twigs and wood not worth stacking to ash. It also taught me skills I have used all my life and created fond memories of my father.

This is a job I could help with when I was so small all I could do was pick up little pieces of wood put them in my wagon. When dad was chopping the kindling my task was to gather wood from where the logs were bucked into cored sized rounds and where the rounds were split. What was left on the ground was the “not worth splitting or stacking” wood. I would fill my wagon and retune to a designated stop to dump it. The spot was 3 strides from where he stood cutting with his axe. Close enough for him easily grab what we wanted but far enough that was save from his actions, he called it “not under foot.” I learned from watching him and enjoyed listing to his stories of his youth with my aunts and uncles, his buddies from the war, him singing and whistling songs for the 30s and 40s; as a kid it never felt like it was something I had to do, it felt like it was something I got to do, “I was helping Dad.” Today I am glad I have those memories. After all the wood was gleaned from the work areas I would venture under the trees and pick up felled limbs and twigs out as far as the, “Do not go past the…” boundary.

When I came back with an empty wagon Dad would take the time to inspect to see that I was “on the level” and that I had explored for wood scraps and twigs under every tree, every bush, next to every shed, next to every project. He would explore with me every nook and cranny within my boundary and find areas to explore I had missed. This was his way of keeping my chores fun. When he was satisfied there truly was nothing left to burn with in my boundary he would have me fetch his old pruning saw.

We would go past my boundary to trees new to me to cut more dead limbs and find new sources of twigs. This was Dad’s way of slowly expanding my ever sprawling boundary in a safe way. New “Don’t go past the…” as he pointed to a new landmark and we would head off to explore that edge to get it ingrained in me. One day Dad pointed out, “Say, we can’t see the house any more but can see the old euc grove past the house?” That all he said, nothing more. I felt a bit taller going past were I could see the house and the folks could see me.

I would watch how he would make a small cut under the limb about a hands width from the tree, then from on top outside of the first cut sawing through the limb until it broke clean, then the third cut flush to the bark with a little pruning saw, years later you could not find any indication in the bark where he pruned the limb. I would gather the limbs and twigs into my wagon. Some trees he would leave study limbs sticking out about a foot from waist to crown, later I would use these to climb and explore these trees, these were my play structures, and my observation towers to see out past my boundaries.

When we started to walk back he would look in the wrong direction and ask “So, which way is home?” I would point to the euc grove and we would start walking. Sometimes as we were walking he would say, “Point to north.” Or “Point to Canada.” Or to Mexico, New York, Alaska, Hawaii, or Point to Grandma’s house, which 60 miles away.

As I got older Dad had me use his roofing hatchet for the task of cutting twigs to length on my own stump a few passes from his stump. I would cut sticks half the length of the cord wood. 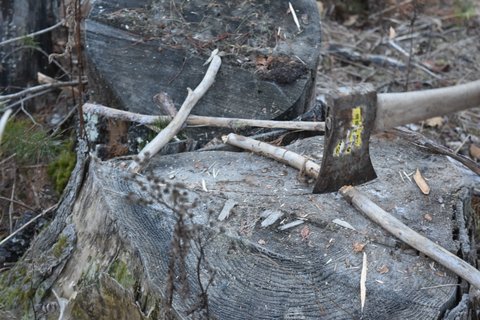 In the eyes of a seven year old I was doing a big persons job that I was eager to do. I had several safety rules and a procedures to follow to cut sticks to length; I had to follow them or I had to go back to fetching wood. He made and “X” in the center of the stump. He picked up a stick in his left hand and put the other end of the stick at the right edge of the stump and said, “Never put your left hand over the stump, if the stick will touch the opposite edge cut it at the “X,” if your hand is on the end of the stick and the other end goes past the “X” but doesn’t go to the edge cut at the “x” and you are done.”

1 never have your left hand over the stump 2 always cut on the “X” on the sump 3 always look at where you want the hatchet to land 4 never swing the hatchet out or above your sight 5 If you aren’t cutting with the hatchet it will be in it’s sheath 6 always put it away sharp and ready to use. 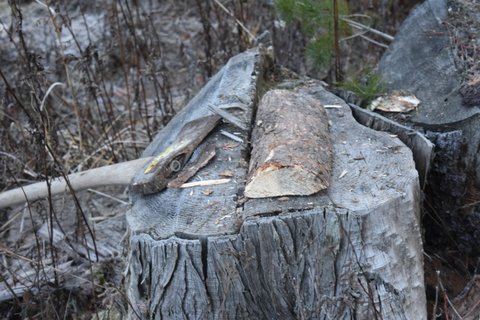 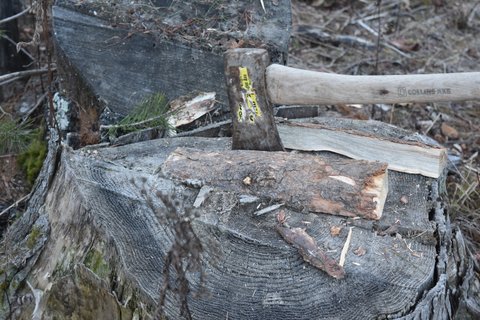 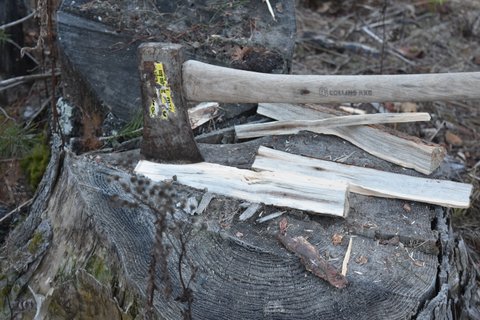 After I had mastery of cutting sticks to length he raised my bar to split the kindling and also cut the not worth stacking small pieces of wood into thin pieces.

For splitting wood into kindling we had a different stump with a shoulder cut into it when they felled the tree. This shoulder acts as a stop to make splitting kindling easy and safer. The wood laid against the shoulder and the stick pointing directly away from me and he had me use both hands on the hatchet. The target was the dead center of the stick. The bit would aline with the grain of the wood and with little effort the wood would be split to thin pieces. Never was there any danger of getting hurt. Never was the stick stud on end and never was my left had ever to be over the stump or holding the wood to split it. He would say, “Remember never hold wood on end with one had had try to drive a bit into it no matter how you do it, how gentle or skilled you think you are. If the bottom kicks out to the right that blade will get your left hand.”

At age eight and a half for Christmas My father found an old hatchet head on my aunt’s farm that the handle had broken years before and was long forgotten until dad re-hefted for me. Dad did his typical made to perfection workmanship of re-hefting the hatchet, finishing the handle as though it was a piece of furniture and putting an edge on the bit in the end it was a better tool than you can buy at the local hardware store. Getting that tool also meant I was trusted to use it without supervision.
In time he would simply say, “Hey Brian, we’re getting low on kindling.” I would go out the door walking a bit taller because I was being trusted to do a chore on my own. By the time I was a teen before breakfast I could cut 3 days worth of kindling to dry by the fire and get some other chores done. 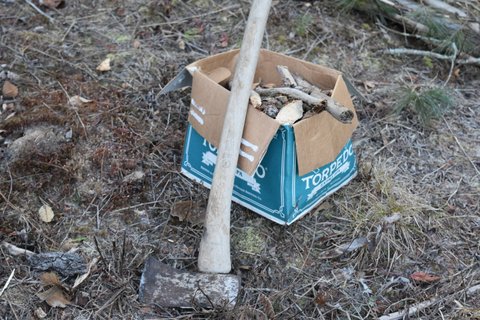 It has been more than fifty years and I have never had the slightest nick with a hatchet or axe. I have never had a student get nicked, I will attribute it to the well ingrained habits of safety which were demanded of me. Oh and a side note, decades later at the university when I was a student the same three cut technique was taught to us to not cause harm the tree, the same procedure I thought was just common sense.