“The best way to predict the future is to make it.” Abraham Lincoln 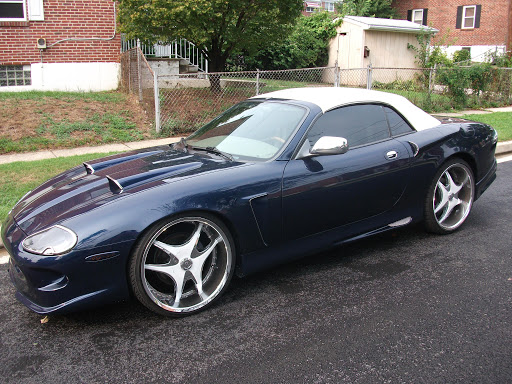 What Does Your Goal Look Like? Pick an Example

Our friend and mentor Michael Brewer wrote an article for our spring newsletter focused on the three legs of success. His first point was the students must have a good picture of what their goals look like. He is absolutely correct and that simple step makes a huge difference in the success rate of my students. I want to share with you this simple assignment and you will see why I have been doing this will all my students since 1989.

Put Yourself In The Picture

In the late 80’s a mixed aged group of freshmen walked into their first class of their first semester of their Engineering Drawing degree, On the dry erase board was my name and the following

The first thing they heard me say as they started college was,

“Chew on these questions when you are ready articulate it to the person to your right. Then the person on the right, you will, in their own words articulate it back. If you agree, this is how you will be introduce by your new best friend.”

They went around the room introducing each other. Then this was repeated for the person on the right. Some simply said the diploma. A lady in her forties was introduced with

“Dawna will have a home in a nice area that her future grad kids would want to come to.”

At that point, I knew the students were tracking with me. A married male student was introduced with,

“Dan will have an engineering position in a successful firm.”

The youngest student was still 17 and his introduction was,

” Bobby will have a good career so he can have a home and the family that he has never been a part of.”

Wow, that was powerful. The next young man was introduced.

“This is Tom he is going to do his commute in a Jaguar.”

I then had the students discuss with their partner how they could stage a photo of their new best friend showing them working on their long-range goal and a photo of success of meeting their goal.

Their first lettering assignment was “MY Why” in one-inch letters with that was their polished summary of their goal and plan under it.

The following Monday the students had their photos in hand. Those with the goal of diplomas got graduation gowns, mortarboards, and fake diplomas and had a group photo. Dawna dressed up in a business suit stood with her hand on the doorknob of a house for sale in her dream neighborhood and the photo was taken as though she was closing the door on her way to work. Dan made arrangements with a structural engineering firm to allow him to sit at a work station drawing (They liked that and him and hired him part-time). Bobby borrowed a friend’s wife and kids for him to stand with, in front of her home. Tom went to a Jaguar dealership and had a photo of him putting a key in his dream car.

Those photos and the written goals were tapped on their bathroom mirror and a third photo was taken of their photos on the mirror for me hang in my cubical to remind me of his own “Why.”

This was the most bonded and driven class I had up to that time. When the other students in other classes were talking about instituting casual Fridays that class decided to have professional Fridays and all started coming to school wearing sports coats and ties. I had nothing to do with it.

Years went by, in the mail, I got a photo from Dawna of her new home. Dan stayed in contact for years contacted me by phone to tell me when he earned his PE. The young man went to work for an engineering company designing rollercoaster rides, and sent me a wedding photo and later a baby photo.

Nearly a decade later in an airport, I was sitting at my gate waiting for a flight and noticed a man looking me in the eye and smiled. Having had hundreds of students over the years it was not uncommon for me to run into students all over the US. He was in his 30s, walked over to me, sat and said,

He showed me a photo of his wife and baby.

“Oh by, the way I remember something I want to share. Those photos you had us take made a big impact but coming to your cubicle for help and seeing all our photos on the wall with the “MY WHY” sign above them made the biggest impact.”

If your child is in our school and asks you to take them to the Jaguar dealership you will know why.

"The impediment to action advances action. What stands in the way becomes the way."
—Marcus Aurelius

"The trouble with not having a goal is that you can spend your life running up and down the field and never score."
—Bill Copeland