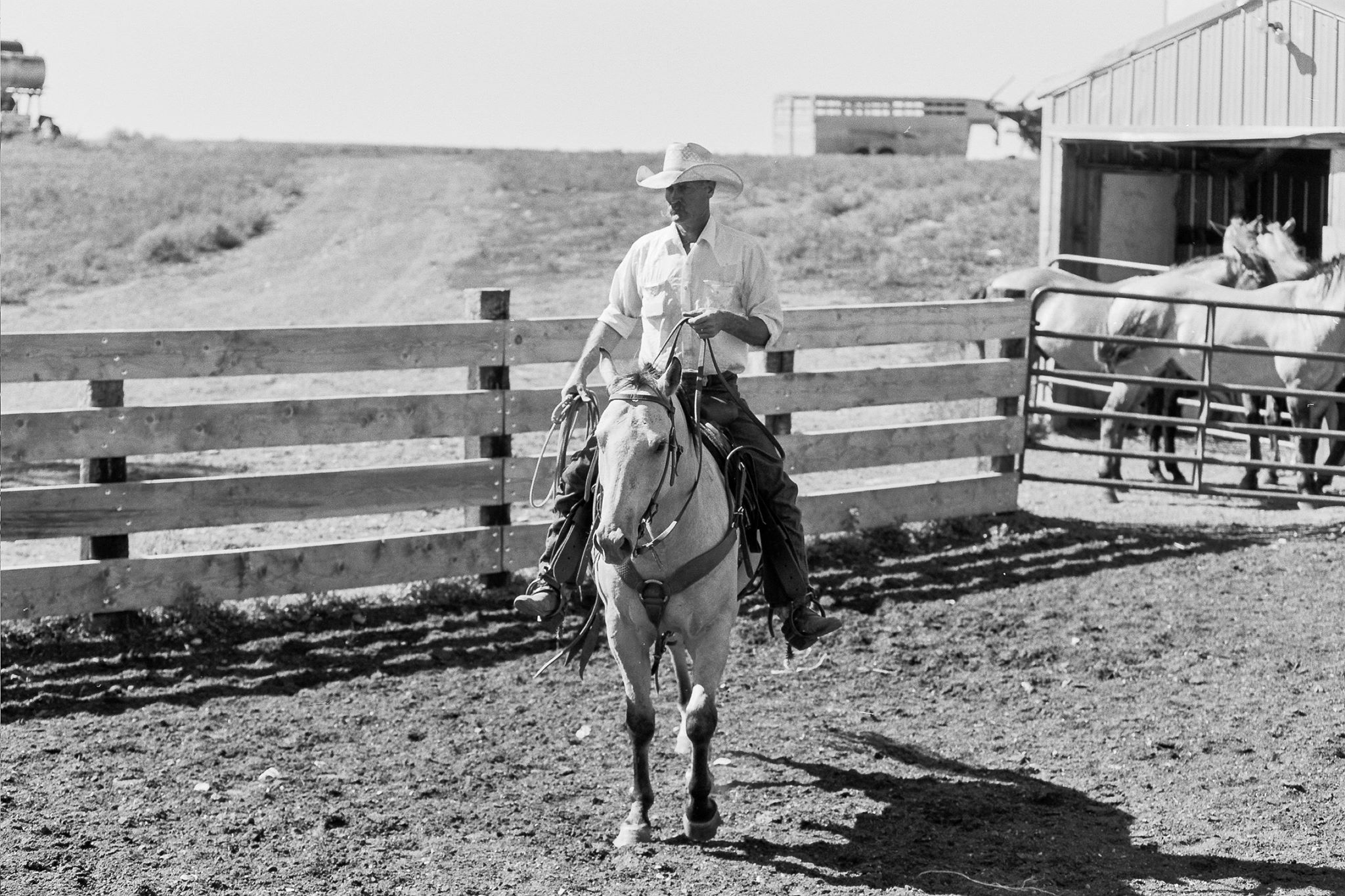 He grew up a few miles south of Bentley in the southwest part of the ND, just 25 miles north of the South Dakota border.

His paternal grandfather, Fred Hoherz, left home with a brother to cowboy in the 1920s and 30s on the Beisigl ranch that had been in operation there since the 1880s. Fred’s mother’s sisters had married two brothers from Iowa and Chicago, who were themselves, sons of an Austrian military officer, that were large ranch owners and operators in the early days of ND, before its statehood.

This history shaped David from an early age, as he grew up under his grandparents watch nearby in Bentley.

David’s father, Wayne, was a talented and masterful farmer. As his father’s only son, he ran the family farm and ranch with his father Fred until Fred’s death in 1980 from Alzheimer’s.

David did not have a chance to know Fred very well, as he was very young when Fred began to suffer mental deterioration. He did meet regularly as an older teen with his great Uncle Albert Hoherz, that very same brother that cowboyed with his brother, to listen to his stories of the cowboy days in early ND ranching history.

David was born a cowboy in his heart, mind, and soul. The youngest of four brothers, he was always working with his dad in the fields and at the family shop that Fred had started as a blacksmith shop in the late 1920s.

David grew up farming and ranching, caring for the family’s cattle operations, as well as building a herd of his own at a young age. David learned under his father, a master self-taught mechanic, through watching and doing.

David also found his passion for training horses. He follows the Ray Hunt school of thought regarding this and is a Master of training young saddle horses.

David’s motto in this is to always, “Make the right things easy, and the wrong things hard”. After graduating HS from Mott, ND in 1984, David chose to take a hands-on vet course, School for Stockmen, in Ft. Collins CO. At the course, David learned veterinary care, as well as pregnancy testing cattle and pregnancy doctorings such as dealing with prolapses and cesarean sections in cattle.

Throughout the years, David has preg tested thousands of cattle throughout North Dakota, as well as South Dakota and eastern Montana, and has mastered these skills through practice over decades. David also grew up driving just about any kind of heavy equipment one would find on a farm and ranch.

His mechanical skills have allowed him to fix most major pieces of equipment, including overhauling one of the ranch’s John Deer diesel tractor motors.

David is also very adept at welding, as well as commercial trucking. For many years throughout his entire life, David on and off, drove a bull rack, transporting cattle through the entire Midwest, including Montana, Wyoming, Nebraska, and Texas.

He also transported grain and sunflower crops commercially, as well as for the family operation growing up.

He worked for many years at the McLaughlin SD livestock sale barn as a rep and a ring man.

This enhanced his ability in judging classes and weights of cattle. David also taught himself how to shoe his horses and provide hoof care and maintenance.

David also does leatherworking and tooling, mostly for his own tack needs.

David is truly a master of many trades.

In his over five decades of experience, David is the image of a problem solver. Through necessity, he has taught himself things and worked through solving all of the problems a ranching business threw his way. He continues this path of self-learning to this day. On his newly acquired ranch in eastern Oregon, he has learned the process of irrigation using hand and wheel lines, as well as seeding pastures. David is the epitome of the rugged individualist. He and his wife Tammy have raised together four daughters, who have grown and have families of their own. David continues his service in Oregon as a volunteer firefighter, as he was for many years in New Leipzig ND. Return to staff page "There is really only one liberal study that deserves the name – because it makes a person free – and that is the pursuit of wisdom."
—Seneca's letter LXXXVIII:

"Tt is better for you to be free of fear lying upon a pallet, than to have a golden couch and a rich table and be full of trouble"
—Epicurus