FAQ: Why is an evening fire more important than homework?

The Evening Fire Builds Connections With Family and Triggers Melatonin for Health Benefits vs Homework Raises Stress and is a Negative Impact on Learning and the Family.

The school reform that started in the 90s has brought with it increased pressure for schools and students to produce results that can be measured by standardized tests. One consequence has been many schools burying the families in worksheets each night. You might agree that this has become a burden on the family and has adversely affected family life. At Northwestern Outdoor Leadership Institute, we strongly believe that family sitting in front of the fire chatting, storytelling, and singing has great long-term benefits of greater value than worksheets brought home from school. That is not to say that are students may work on research or a long a term project, but that should never have a higher priority than spending time with family in front of the evening fire. 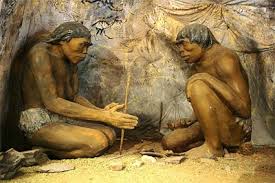 The earliest evidence of man has shown we have been controlling fire and making fire with tools from the begining. Therefore, man evolved with the presence of fire. It has been well documented that fire was used for cooking, that it allowed for travel into cooler regions, that it was used for making tools and clothing, and for making water safe to drink; and also that it brought people together. 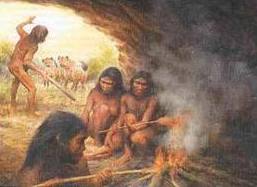 There Is an Inherent Drive to Come to the Fire, When Other Mammals Run From It

People of all ages have a healthy attraction to it. Why? Humans have evolved psychological mechanisms specifically dedicated to controlling fire. Hence the fascination youth have with it, the need to put a stick into it and possess their own bit of fire with an aim to master it. If a child learns to make fire, control it, and use it safely, they will develop a respect for fire. Pyromania is a product of western civilization. Because many Westerners no longer learn how to start, maintain, and use fire during childhood, they instead wind up with a curious attraction to it—a burning desire left to languish. 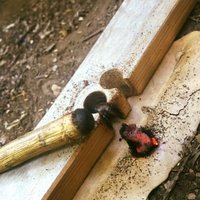 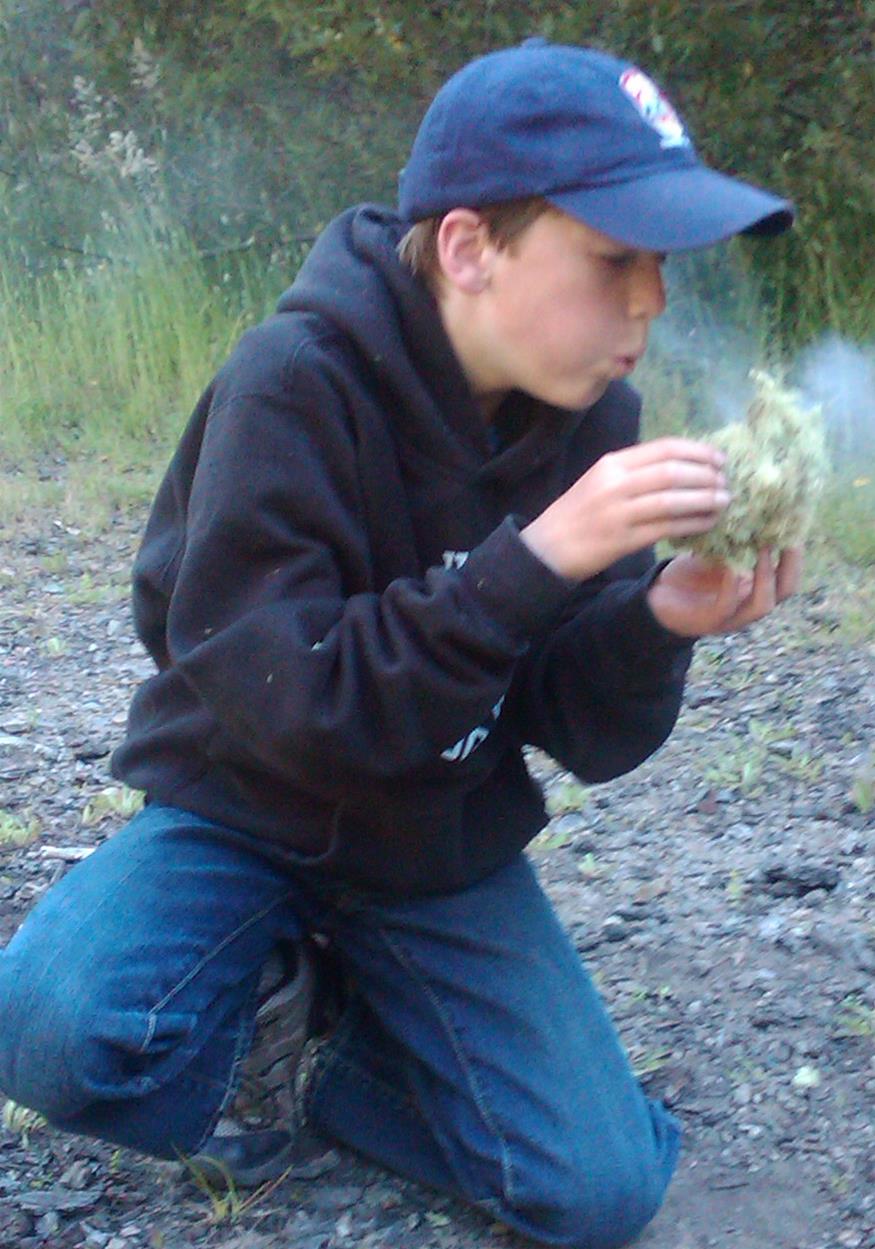 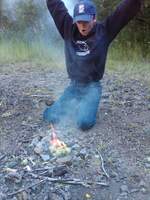 Daniel Fessler Ph.D., an evolutionary anthropologist at the University of California, Los Angeles, has conducted research that indicates an adult’s fascination with fire is a direct consequence of not having mastered it as a child. In a later post, I will discuss how to introduce children to fire in a safe and healthy way.

We have found that our students walk taller and have a respect for fire after they have developed mastery of making fire. 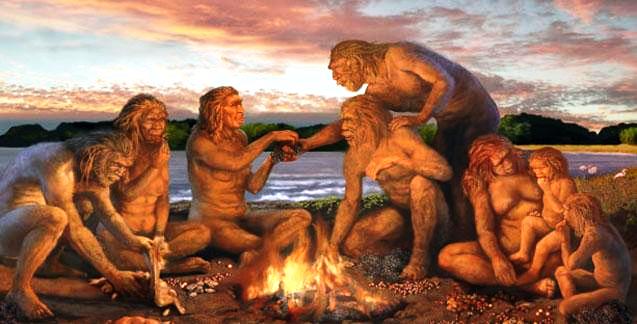 Recent research has found that evening fire has had more positive effects on human development than listed above. These positive effects result from the hormone melatonin, whose release is triggered by the red and yellow wavelengths of firelight and by the pattern of the flames.

The increase of melatonin has been shown to…

Sleep, wellbeing, and how melatonin is affected by the color of light that we are exposed to will be the focus of my next post. The purpose of this post is to explore how firelight changes conversations and how it affects the well-being of our youth and families.

From the beginning of Homo sapiens, most every evening, at or near sunset, our ancestors, regardless on which continent, lit fires. The fire’s intended purpose was for the cooking of food, overcoming cold, keeping predators a safe distance away, and providing light to extend the day. There was an unintended consequence that until recently science did not see a correlation with, a correlation between firelight and the act of documenting the past through conversation and the act of bonding. How many of my readers started a long-term relationship in the firelight? 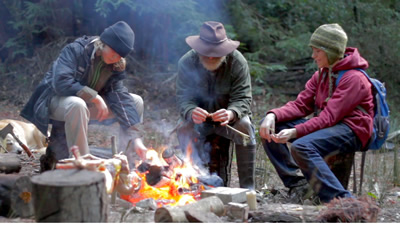 Polly Wiessner, Professor of Anthropology at the University of Utah, studied how firelight influenced the conversations of Ju/’hoansi Bushmen of Botswana and Namibia. “Data from the Ju/’hoan hunter-gatherers of southern Africa show major differences between day and night talk. Day [light] talk centered on practicalities and sanctioning gossip [criticism]; firelit activities centered on conversations that evoked the imagination, helped people remember and understand others in their external networks, healed rifts of the day, and conveyed information about cultural institutions that generate a regularity of behavior and corresponding trust.” i.e. social development.

“At night [by the light of fire], people really let go, mellow out and seek entertainment. If there have been conflicts in the day, they overcome those and bond. Night conversation has more to do with stories, talking about the characteristics of people who are not present and who are in your broader networks, and thoughts about the spirit world and how it influences the human world. You have singing and dancing, too, which bonds groups.” Wiessner says.

That time that elderly are engaged with their extended families tends to be enjoyed by them. Families that have the lifestyle of sitting around the fire and telling stories at some point the kids will ask the great-grandparents to tell a favorite story of the past. This act of storytelling by the elderly to children helps the elderly by stimulating their brains. Engaging the youth in their story gives the elderly a sense of worth. These two factors alone create wellbeing in the elderly. In our work with hospice, we see that what benefits them the most is not our words to them, but pulling out the stories from them, and engaging in their stories. Depression turns to animation and laughter. 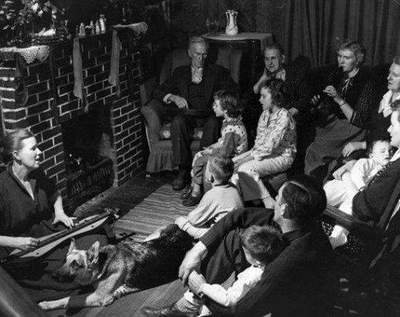 Studies show that young people who hear these stories, and have heard them enough times to then share them with others, gain a greater sense of self-worth. Youth that has heard the stories of their parents’, grandparents’, great-grandparents’, uncles’, and aunts’, of failures, troubles, and successes helps to develop in the kids grit, insight, and problem-solving. Adolescents who report knowing more stories about their familial past show higher levels of emotional well-being, and also higher levels of identity achievement, even when controlling for general level of family functioning.

Also during that time around the fire music and celebration occur, kids play instruments along with the adults and learn the words to songs. Ballads were sung most often around a fire, these ballads led to more discussion of history. All again developing the child. The relaxed talk, the music, the firelight all stimulated melatonin and all lulled the children to sleep, they would be carried off to bed and dream of the stories just told. 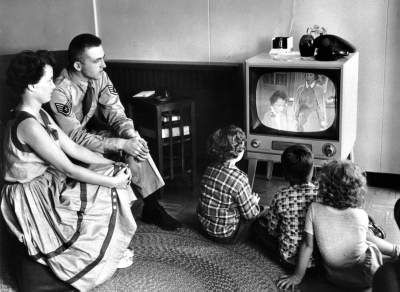 This image of an extended family around the glow of the hearth was practiced by many families but has been gradually replaced. In the 30’s and 40’s with radio, yet for only a few hours each day, it started to replace storytelling. In the 50’s the TV slowly replaced the fire as the focus of the family; the sitcoms and TV dramas replaced the storytelling and music. In time the family TV was replaced by TVs in every bedroom which greatly impacted the social weaving of the family. TVs were replaced with personal entertainment devices. The warm glow of melatonin releasing firelight has been replaced by melatonin inhibiting task lighting for doing homework, and the blue and white light (also melatonin inhibiting light) from tablets, smartphones, and Kindles. 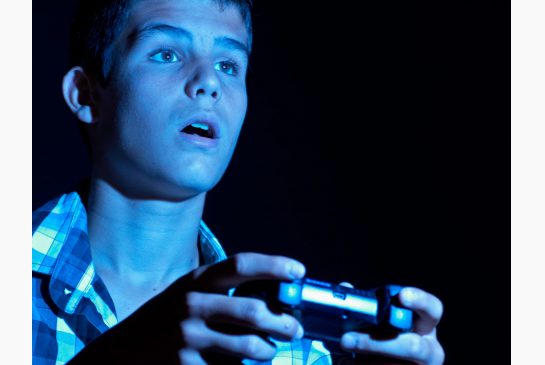 Added into this mix is the adrenalin-producing action of gaming devices, so sleep patterns for youth are now disrupted throughout our western civilization. Finally with the school reform and kids buried in homework, therefore their families are buried in homework. 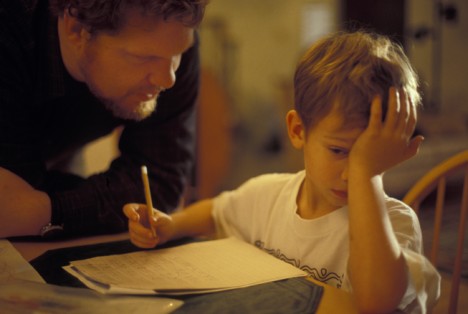 Homework is such a struggle for many families that causes a riff between the parents and the children. Every night and every weekend parents and children may find themselves in siege over homework. 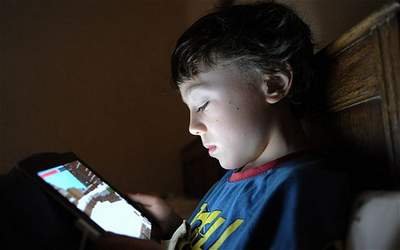 Once the homework is completed the animosity continues, the child heads to their room while parents go off separately to stew in front of their own TVs or electronic devices. The probability of families gathered around a fire is rare indeed. 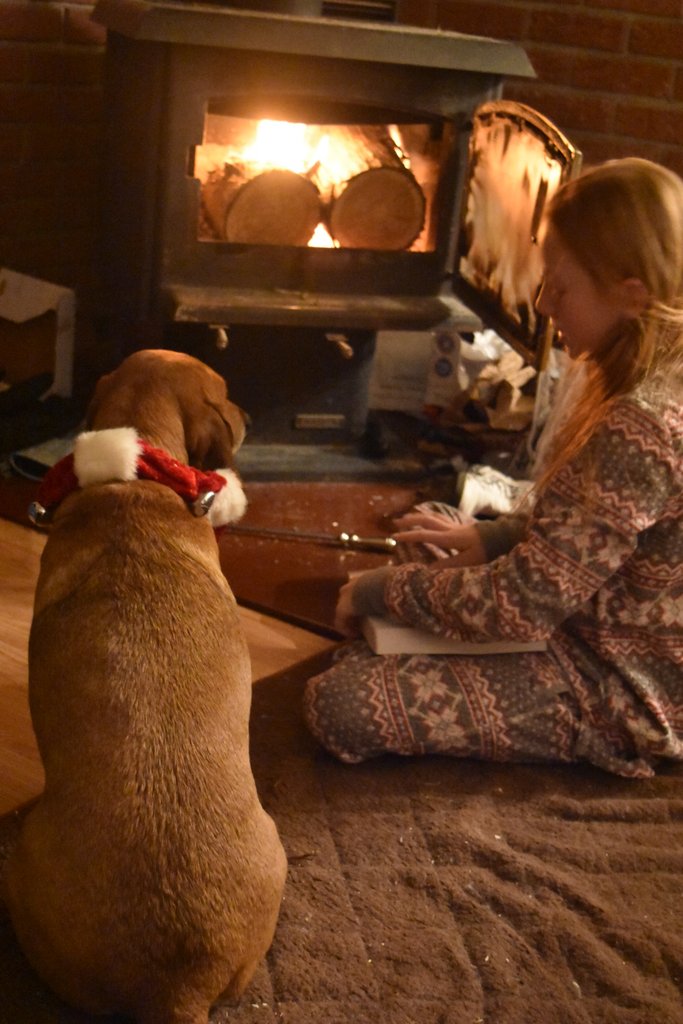 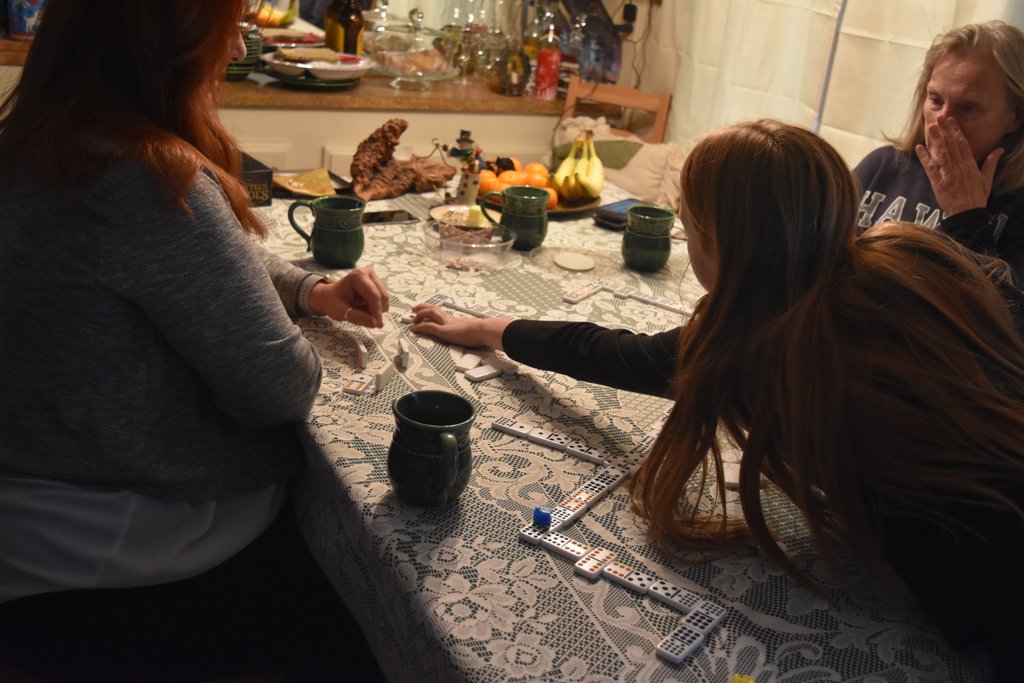 At Northwestern Outdoor Leadership Institute we deeply believe that it is important that the family is sitting around firelight talking, telling stories, singing, and just taking in the glow of the firelight. Instead of the frustration and disruption of the family to have 2 hours of work taken home from school, our hope is that you can rekindle those traditions of gathering around firelight. If you do not have a fireplace or woodstove put an oil lamp or 2 on the kitchen table and start with playing cards or board games and let it grow from there.

An added benefit the evening fire requires a supply of firewood which gives the family chores to do together. See the value of doing chores.

"We remember though all the firelit glow Of a great hearth's gleam and glare, And we looked for a space at each happy face And the love that was written there."
—Caris Brooke

"There is no place more delightful than one's own fireplace."
—Marcus T. Cicero